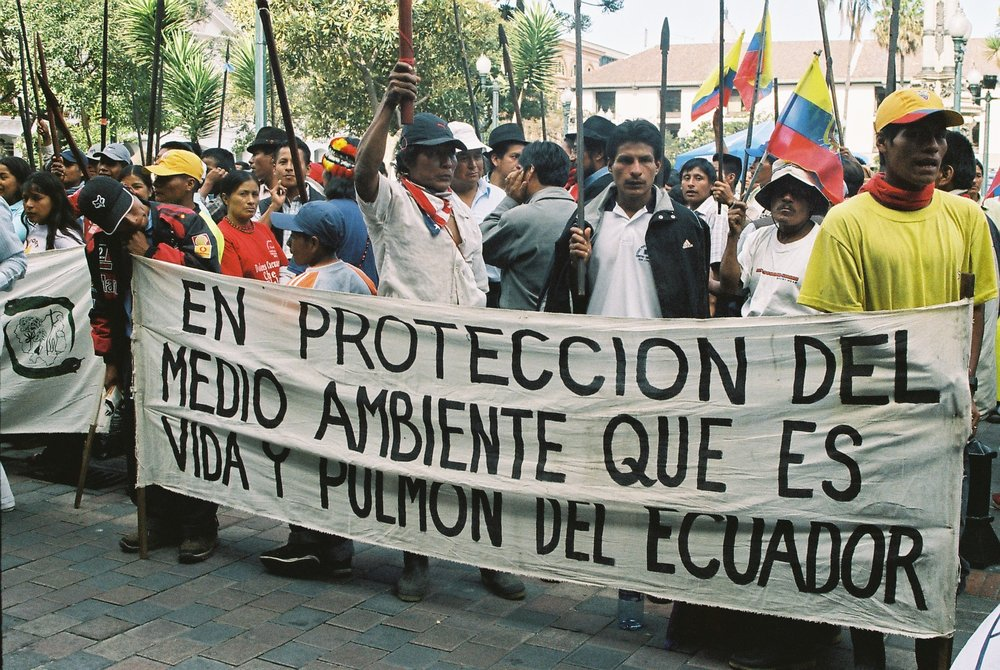 The United Nations’ Universal Declaration of Human Rights states that humans have integral rights that must be protected. However, where does nature stand? Does it have a legal basis to protect itself? Or is that duty placed onto humans, who may not always have nature’s best interests at heart? Environmental protection is a newer concept, introduced due to the recognition of the harmful impacts of an anthropogenic society on ecosystems. This is where nature rights play an important role. As stated in the “Rights of Nature” doctrine, nature rights ensure that the environment is entitled to legal personhood status, and as such has the right to defend itself in a court of law against environmental degradation. How is this concept of protecting nature for nature’s sake implemented into society?

Even though nature rights are becoming more widely discussed, they are not new in theory. Indigenous communities have long aligned their worldview with nature rights ideology, which stresses that ecosystems and species must be taken care of and protected. While a disconnect between nature and humans, exacerbated by our over-exploitative use of nature’s resources, dominates the legal world today, natural rights ideology is re-emerging across the world. This is due to greater inclusion of Indigenous communities in decision-making processes and a paradigm shift away from systems focusing on capital gain over environmental stewardship. The “Rights of Nature” doctrine now acts as a blend between Western ideas of rights and Indigenous traditional ecological knowledge.

Ecuador is the first country to include nature rights in its constitution, stating that “nature has the right to exist, persist, maintain and regenerate.” When there are actions threatening the natural world, Ecuador’s Highest Court can decide to enforce the constitutional Rights of Nature to safeguard the environment. In 2021, the Highest Court applied the constitutional provision on the Rights of Nature to conserve the Los Cedros Forest against mining and other types of extractive activities.  Other countries, such as Panama, New Zealand, India and Bangladesh, have also taken steps to introduce nature rights into their court systems. These countries also granted personhood status to certain elements of the natural environment; for example, Panama granted this status to animals important to Indigenous cosmologies, India to the sacred River Ganges, and New Zealand to the Maori’s Whanganui River. These important cultural and environmental landscapes now have legal protections to ensure their longevity.

At EcoCiv, we hosted a Rights of Nature in a Wellbeing Economy panel where we raised the question of who should protect the rights of nature. All that an ecosystem can do is to exist; it cannot speak for itself. Humans must be the ones to ensure that nature can be granted the rights that it deserves. In our panel discussion, Mona Polacca, an Indigenous spiritual leader and rights activist, described the role that Indigenous communities have in safeguarding nature rights. Indigenous communities will continue to act as stewards to nature, making sure that these rights are heard and being implemented locally as well as globally. However, asking these communities to bear the sole responsibility for this task places unfair expectations on them and those living close to nature. We must also ensure that nonprofit organizations, governments, businesses and the global community can recognize the importance of including nature into law-making decisions. It is a joint effort between non-Western and Western ideologies as well as between nature and humans. Nature rights teach us reciprocity across the human and non-human levels.

Nature rights display the current distance between humans and the natural world inherent in Western thought that often undermines the role of nature in society. A shift in mindset is necessary to incorporate nature rights into the international law sphere. We have an opportunity to respond to the environment’s call for help and, in doing so, we can create a healthier, more sustainable world for ourselves. Change is necessary. The first step is to have local- and eventually federal-level discussions about nature rights. Once consensus is achieved about who should steward nature rights, the law can shift to incorporate nature rights on a grand scale. As Andrew Schwartz, EcoCiv’s Vice President, states, perhaps the rights of nature are just the rights of life. We have seen the world already starting to legislate nature rights. Where will be next?