“If Jesus is born now, he would first save the ruined environment”

An interview with international ecological theologian John Cobb By Kim Hwan Young All belief systems, including philosophy, religion, and ideology, continue to change and evolve. The conservative insistence on maintaining the purity of heritage from founders and doctrines often fails to meet the practical need to adjust to worldly changes. But if there is excessive deviation 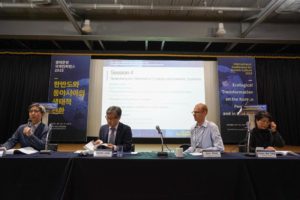 Is an Economic System in Harmony with Ecology Possible?

By Han Gui-Young 한겨레경제사회연구원 사회정책센터장  People for Earth Forum “Earth and People” hosts International Conference on Ecological Civilization If the entire world is to maintain Korea’s level of consumption, 3.5 earths will be needed Ecological conversion is no longer a task that cannot be postponed Immediately effective ecological conversion is more cost effective as well Practical 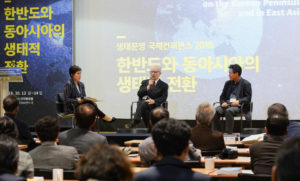 By Kim Yu-Jin “You may believe that it is too late to avoid the consequences of climate change. But if we discontinue unsustainable practices now and make the correct choices, we can save billions of people.” Urgency emanated from the words of Dr. John Cobb, Professor Emeritus of the Claremont Theological Seminary who is considered to 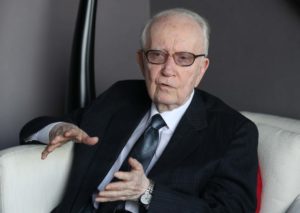 “Civilization will collapse”… What are the remaining tasks?

Do you remember the terrible heat of last summer?Temperatures that forbade restful sleep because they didn’t drop below 90 degrees? Receiving news of record-breaking temperatures every day, people must have begun to understand the serious nature of climate change. But as the cool breeze returned, those memories faded. How long can such forgetting continue? ‘Is it 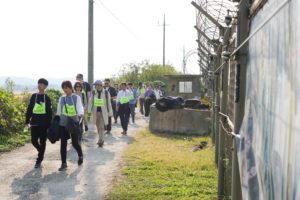 By Yunjeong Han, Research Fellow at the Center for Process Studies On the last day of the ‘Ecological Transformation on the Korean Peninsula and East Asia’ conference (October 12-14, 2018), participants walked 6 miles along the DMZ (Demilitarized Zone) eco-trail. This green belt runs between South Korea, looking to transition from its industrial economy to an 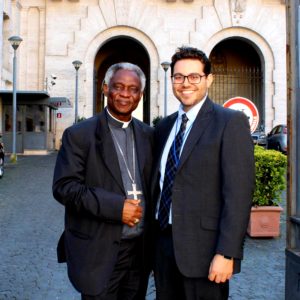 EcoCiv Connects with the Vatican

One of the most prominent figures arguing for fundamental societal change is the charismatic religious leader Pope Francis. As detailed in his famous 2015 encyclical, Laudato Si’, Pope Francis is calling all humans (Catholic and non-Catholic alike) to care for the poor and the earth because the wellbeing of both are inseparable. To “Care for Our 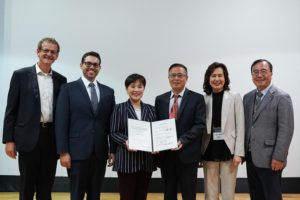 At the conclusion of the International Conference for Ecozoic Culture (October 14, 2018), EcoCiv joined 5 other organizations from China, Korea, and the USA in signing a shared statement on the world’s most urgent problems and a vision toward ecological civilization. See the English and Korean translations below. Paju Declaration Preamble Today, the global-scale ecological crisis, 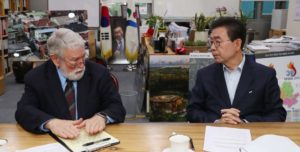 The following is an abridged and narrated transcription of the conversation between Dr. David Korten and Mayor Park Won Soon, joined by Professor Cotton. Original translation was provided by Audrey Jang. ** ** ** On the morning of October 10th on the 6th floor of Seoul City Hall, Mayor Park Won-soon and Dr. David Korten, former

EcoCiv at the Parliament of the World’s Religions

This November 1-7 in Toronto, over 7,000 people from around the globe gathered for the Parliament of the World’s Religions, the largest and oldest interfaith gathering of its kind. The Parliament included six tracks, each with its own three-hour assembly session, on Indigenous Peoples, Women in Religion, Climate Action, Justice, Countering War, Hate & Violence, and 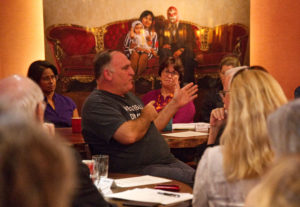 EcoCiv partnered with renowned chef and activist José Andrés to bring together more than 30 non-profit leaders to discuss cross-sector collaboration at Oyamel Restaurant in Washington, DC on September 7th. The event, entitled “Food, Sustainability, and Social Justice: How Do We Increase Our Impact?” used food as an example of an area where multiple sectors of