Civilizational Transition and the Role of the Cities 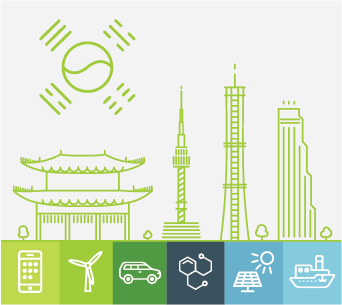 Recently, Seoul citizens are suffering from a record-breaking heat wave and fine dust. The government regards the heat wave as one of the major disasters. Such a drastic climate change is happening all the cities around the world. Not only human dwelling but also habitats of plants and animals are greatly affected by climate change. Moreover, deep-sea fish, which seem to be irrelevant with human activities on earth, are threatened by micro-plastics. Since the Rio Earth Charter in 1992, the world has been engaging in discussions on sustainable growth and developing international agreements. Still, our future does not seem so bright. Besides climate change, human society has many problems of extreme wealth gap, inequality, and violence. Many countries including Korea have issues of aging population and low birth rates, facing a bleak future. Growth is staggering, and the younger generation is suffering from unemployment. Would development of civilization end up with destruction of our society, cities, and life on earth? Is there no alternative for us? Would a city, one of the fruits of civilization, guarantee us happiness as it has done so far? Don’t we need a progressive way of thinking for transition of civilization and new initiative? To find an answer, we would like to hold “Transition City Seoul, International Conference.” Mayor Park Won-soon, who has led the city for the last six years, will be announcing his vision for Transition City Seoul, a goal that will be accomplished with citizens for the next four years. We will share his idea of what the transition of civilization means and where the mega city Seoul should go.

Following Mayor Park’s keynote speech, we will listen to great scholars’ presentations on the spirit of the times in the first session, “Transition of Civilization and the Challenges Facing Cities.” John B. Cobb, the Co-founder and current co-director of the Center for Process Studies in Claremont, California, David Korten, the former professor of the Harvard Business School, and Myung-rae Cho, the president of Korea Environment Institute will give presentations and participate in a discussion about the transition of civilization that we needs to achieve.

In the second session, we will look at global experiments for transition of civilization. The first presenter Wen Tiejun, the professor at Institute of Advanced Studies for Sustainability, Renmin University of China will share China’s policies and practices for Ecological Civilization. The second presentation will be given by Charles Sheehan from San Francisco Public Utilities Commission, about San Francisco’s initiative for a society without fossil fuel. The third presenter Yong-nam Park, the head of Sustainable City Research Center, will introduce innovative cases of Central and South American cities including Curitiba in Brazil. Indeed, cities, where half of the world population are living, cause problems, but at the same time, might be a solution by itself.

In the third session, we will listen to the story of Seoul. Our presenters will share the changes and challenge of the city for the last 6 years: Yu-jin Lee, the research fellow of Institute for Green Transformation, who has led Seoul’s energy policy from One-Less Nuclear Power Plant Initiative to solar power; Shin-hae Lee, the senior research fellow of the Seoul Institute, who has contributed to establishing “Walkable City Seoul”; Jong-hui Kim, the president of Seongbuk Cultural Foundation, who has actively led the initiative of Sharing City Seoul; and the head of Sustainable Growth Committee of the Seoul Metropolitan Government. For the last session, we will have a comprehensive discussion about the future of Seoul with the presenters of the first and second sessions, and the audience. A single international conference would be not enough to discuss the transition of our civilization. Still, we believe this conference will serve as a stepping stone to sustainable society.

The Seoul Metropolitan Government has contributed to social innovation, home and abroad for the last seven years.

The purpose of this conference is to review attempts and experiments of the SMG and the world, to discuss where the world cities should go, and to form an international solidarity for transition of cities.

(Session 2) Global Experiments for Transition of Civilization. Sharing cases of various experiments and challenges of cities, from small villages with hundreds of households to metropolitan cities

(Session 3) Transition City Seoul’s Challenge and Experiments. Sharing Seoul’s experiments and attempts for transition of civilization and the city’s SDGs