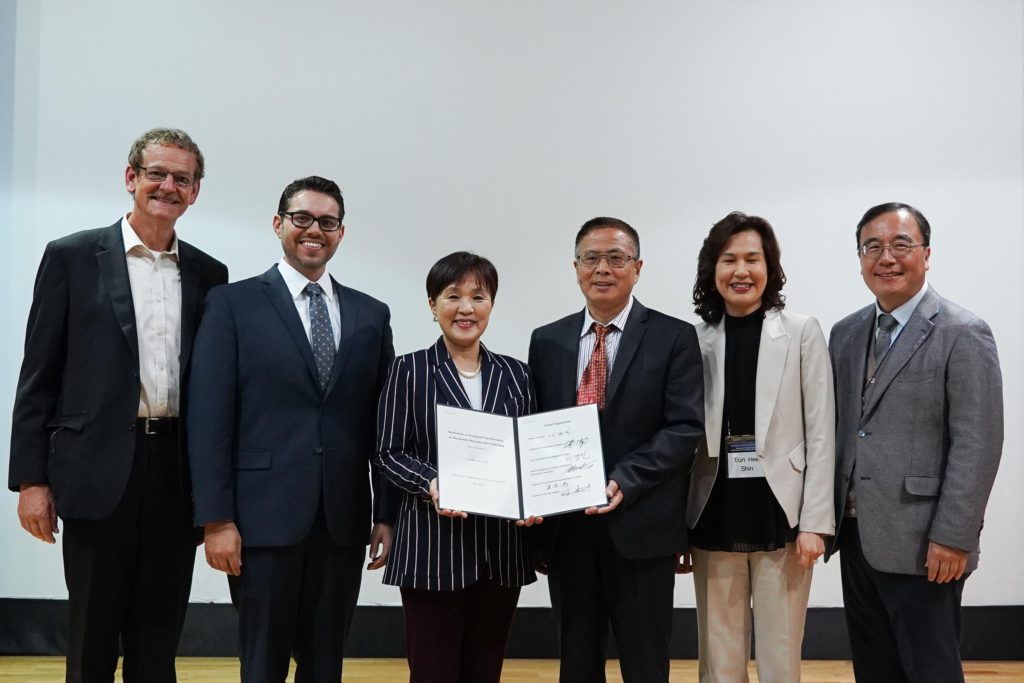 At the conclusion of the International Conference for Ecozoic Culture (October 14, 2018), EcoCiv joined 5 other organizations from China, Korea, and the USA in signing a shared statement on the world’s most urgent problems and a vision toward ecological civilization. See the English and Korean translations below.

Preamble
Today, the global-scale ecological crisis, combined with the polarization of economic wealth, politics of antagonism and hostility and the technological development of weapons of human extinction, is shaking the very foundation of human existence. Amidst all this, on April 27, 2018, the Panmunjeom Declaration of the inter-Korean summit was announced at Panmunjeom, Paju City, Korea. This marked the beginning of a remarkable shift that put an end to the long-standing division and confrontation on the Korean Peninsula, a product of the 20th century Cold War, and in its place opened a new era of reconciliation and peace. From October 12th to 14th, 2018, we held the Ecological Civilization International Conference in Paju. The three-day conference has led us to the common conclusion that to begin an era of true peace and prosperity on the Korean Peninsula, in East Asia and in the global community, bold dreams and practices for transitioning to a new ecological civilization are essential. Let us leave behind the outdated paradigm of industrial civilization tainted by climate change, nuclear weapons and frequent wars. We must become new subjects in a process of creative experience where we think globally and act locally in the communities of the Korean Peninsula and East Asia. We propose a joint effort and united front in the search for, and the practices of, an ecological civilization, and hereby adopt this declaration as the co-hosting organizations of the 2018 Ecological Civilization International Conference.

1. The Worldview of Ecological Civilization
We seek an ecological civilization, which recognizes life and the human race as part of the process of change in the wider universe and coexists within the frame of the infinite wonders to be experienced. Industrial civilization has brought us abundance and stability, but at the same time it has objectified non-human subjects and exposed our loss of respect for our home, the Earth. As the existing civilization faces crises of a severity never before seen, it is now time for us to build a new system in which we are fully aware that human beings are interconnected in our relationship to the Earth. This demands a paradigm shift to a mutually enhancing human-Earth relationship.

2. Responsibility as Global Citizens
We must possess awareness as global citizens and bear the corresponding collective responsibility. This stems from our self-respect as beings with the ability to self-reflect and accept accountability, and also the will to create a better reality. We seek integral solutions that assume collective responsibility to overcome critical issues such as ecological crises, social polarization and antagonistic politics.
3. Establishing an Ecological Economy and System of Collaboration
We seek a fundamental reorganization of the economy based on a truthful eco-economic principle – human society and economy can only exist when the Earth exists. An ecosystem of collaboration and coexistence between various regions of the Earth – human and non-human, urban and rural – is the core value of a future-oriented economy. To this end, the misguided compass that is the economic- and growth-centric GDP must be transformed into an ecological civilization indicator that embodies the harmonization and sustainable relationship between the Earth and human beings. Moreover, countries on diverse economic paths and at various levels of development must urgently adopt new common values and build collaborative systems to overcome global-scale challenges of poverty, polarization and environmental destruction.

4. Resetting the Ecological Path of Science and Technology
We aim for a mature, ecological science and technology which contributes to the cultivation of human potential and coexistence on Earth and in the universe. Technological revolution will radically change humanity and the future, but we refuse to fall victim to the temptations of techno-optimism and, at same time, we also reject retro-romantic trends that idealize the past. Moreover, we pursue the transition to an ecological science where the coexistence of all life is the highest priority, and we seek to direct the will of the people toward this vision.

5. The Value of Earth Jurisprudence and the Need for Global Governance
We propose the need for Earth jurisprudence values that regard humans as part of the larger Earth community, and also acknowledge that the well-being of humans depends on that of the Earth. The rule of law in modern civilization has failed to keep in check the human tendency for arrogance and self-destruction of our surroundings. Beyond the human-centric value of law, we suggest institutionalizing a new and binding global Earth governance that is applicable to the whole Earth community.

6. Revolutionary Transformation of Educational Institutions
With the belief that a revolutionary transformation is necessary for all educational institutions to become places of learning that spread the philosophy of integration, transformation and contemplation, we will strive for collaboration to achieve this end. Before changes in systems and organizations can take place, the transition to an ecological civilization first requires a fundamental shift in the habits of heart. Learning must be a process of becoming a better human being through the attainment of a holistic character, including appreciation for our connections to the Earth and the universe as well as the recognition of the integration of science and the humanities.

8. The Constant Maturation Process of Self-reflection
We seek a permanent process in which our deep inner selves, diverse ways of life and the transformations of systems influence one another and mature together. The great leap to a new ecological civilization requires arduous self-reflection and changes in ways of life since it is a qualitative break from the existing addiction to growth and anthropocentrism rather than a process of smooth evolution. A structural change that does not include the inner self-reflections of individuals and changes in everyday life is futile and devoid of meaning.

9. Urging Future Generations to Participate
We are convinced that only with open-minded solidarity and a joint effort that crosses the boundaries of all subjects and future generations, empathic and heartsick over the deterioration of our planet and its remarkable variety of beings, will we be able to find new paths. The transition to an ecological civilization requires new subjects to implement the transformations. In particular, the transition to a new society can only be possible when diverse future subjects such as younger generations and women actively participate.

10. Creative Organizations and an Ecological Network 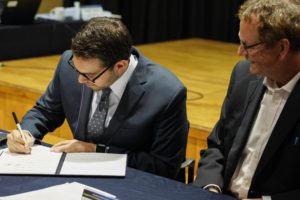 As members of the global citizen community, we must keep striving for collaborative efforts and practices that transcend national boundaries. An ecological organization is one that aims to be a part of an ecological network in which diverse groups of subjects express their various abilities according to their unique potential, but are intricately linked in a dynamic and harmonious manner. It is our earnest hope that as our passions grow and converge, countless creative communities will emerge. Today we face an undeniable and imminent ecological crisis. Nevertheless, we are confident that our self-reflective will and desire for a transformation of civilization will open up new horizons and create a bold new future.

Posted in Blog, News and tagged korea
← A Conversation between David Korten and Park Won Soon (Mayor of Seoul)EcoCiv Connects with the Vatican →