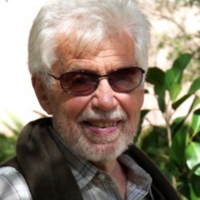 Position: Board Member
Categories: Board of Directors

Jerry Bedford is a skilled fundraiser and communicator, who has devoted his life to lifting people out of hunger and poverty and empowering them toward self-reliance.  Trained in agriculture, business and philosophy, he worked two years as a youth organizer in East Africa before becoming chief fundraiser for Heifer International in 1966.  He subsequently established the Heifer International Foundation to build an endowment to support Heifer’s work.  Heifer’s annual income grew from $300,000  in 1966 to $115 million today and foundation assets from zero to $105 million.   While working at Heifer, in the 1980’s Bedford founded the Arkansas Rice Depot, a statewide food bank, that supported 300 food pantries and initiated the food backpack program for hungry school kids that has now spread throughout the US and to several foreign countries. Other boards on which Bedford served many years are:   Fonkoze, a micro-credit program in Haiti serving primarily women with education, credit, banking and insurance services with 1000 employees and 45 offices throughout the country; the Good Shepherd Retirement Center in Little Rock, an ecumenical facility providing all levels of care for 400 retirees from all economic levels; and the Morris Foundation, a private foundation supporting hundreds of non-profits, mostly in Arkansas, focused on education, the arts, and social services.